More and more homeowners are finding that owning solar panels saves them money, increases the value of their home, and, oh yeah, puts a big dent in their carbon footprint.

But solar is moving so fast that yesterday’s facts are today’s myths. To weed out the misconceptions for you, we talked to Aaron James, one of the experts at EnergySage, a “solar matchmaker” whose online marketplace makes it easy to find financing and reputable solar installers. His top 10 misconceptions are below.

And by the way, if adding solar panels to your home isn’t sensible or possible, that doesn’t have to stop you from being a part of the energy revolution. Community solar programs let you buy into or subscribe to a solar farm near you. Solar (or photovoltaics, “PV” for short) really is for everyone.

1. Solar is for tree huggers

There’s a purely economic case for solar, says James: it can save you money, because going solar often costs less than paying the electric company. In states that encourage solar with subsidies, it’s a real no-brainer. And in the 36 states that don’t have subsidies, PV systems still make sense in dollars. Plus, the trees will hug you back.

Believe it or not, even a somewhat north-facing roof can be worth it in some cases. “With prices coming down so much, other roof planes are often cost-effective,” says James. Partial shading can be okay too, thanks to those lower prices and new electronics that manage shade. A ground-mounted system can be an option too.

3. You’ll have power when the grid goes down

Bummer, but no. Most systems are grid-tied, not “off the grid.” Meaning your system is feeding the grid too, not your own house. The power you generate offsets your electric bill. This is great because batteries are still pricey. “You’re basically using the grid as a free battery 24/7,” says James. “But if the grid goes down, your system goes down too, partly for safety reasons.”

In 2016, the average 6-kilowatt residential system cost about $14,000 after federal tax credits, says James. Costs have come down dramatically in the last five years, but a PV system is still a big investment. Cash purchases and solar leases are no longer your only options. Solar loan financing options, including $0-down loans that allow you to finance the total amount of your solar panel system, eliminate the need for that initial wad of cash.

Exactly the opposite is true. Solar panels are extremely durable and require little or no maintenance during their lifespan, which can be 25 years or more. That’s why the typical warranty can guarantee 80 percent production 25 years in. James says, “They’re so durable that they even extend the life of the roof underneath.”

6. The sun is all that matters

How much you’re paying for electricity is also key. The higher the rate, the more economic sense PV makes. And while sun is good, heat is not. “In hot weather, the efficiency of solar panels goes down,” says James. Homeowners in the Northeast often get more energy out of their PV in summer than those in states like Florida.

If you decide to sell your home, will the next owner want a PV-covered roof? Yes! Multiple studies have shown that homes with solar panels sell for more, and sell faster (you need to own the panels, not lease them). Plus, many states exempt solar from property taxes — you don’t get taxed on the value it adds to your home.

8. I should wait until PV gets even cheaper

PV prices probably will continue to drop. EnergySage estimates that over two years, the cost of a typical home system could drop by $2,700 or so. But in the meantime you’re missing out on PV’s financial benefits, which could outweigh the benefit of waiting. Plus, both federal tax credits and state incentives are trending down.

9. Trimming trees for solar is bad for the environment

Yes, our friends the trees take carbon dioxide out of the atmosphere. But meeting your energy needs with solar does much more to stem climate change than the trees you might need to trim or cut down. Says James, “The coal you would probably be burning otherwise is way, way worse. It’s really dramatic.”

Lots of old buildings have PV. Sometimes you need to reinforce the roof so it can support the extra weight, but that’s not necessarily a deal breaker. What is true is that you don’t want to put PV over shingles that need replacement. A PV system lasts for 25 or more years, and it’s a giant pain to take it down to reshingle. A lasts-forever metal roof is great if it’s in your budget. 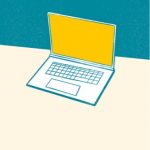